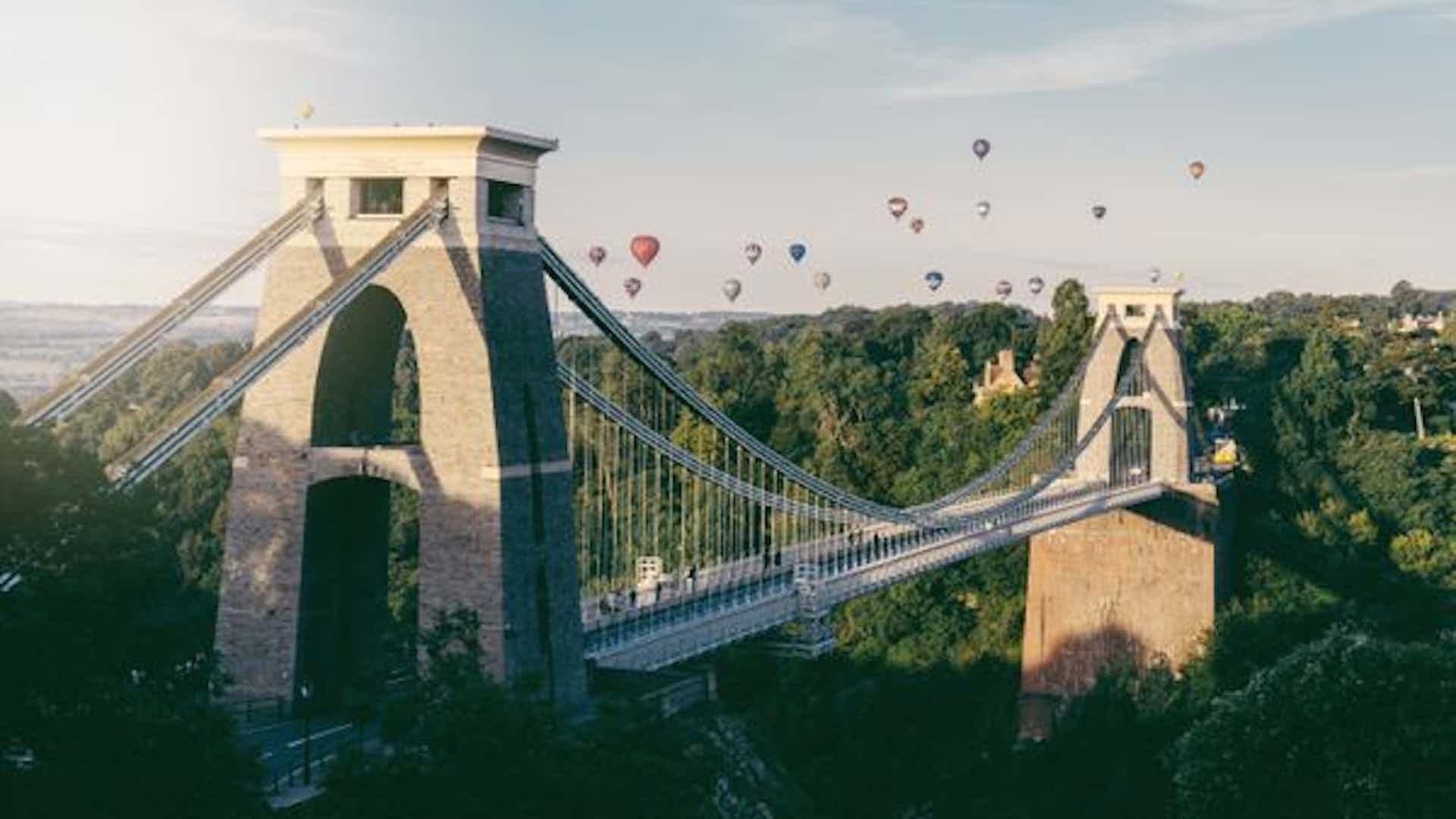 UK Destination of the Month: Bristol

This UK destination of the month was recently named the happiest city in Britain. And it’s easy to see why. Located on the River Avon, Bristol is home to a thriving arts scene, heaps of green spaces and more independent shops and cafes than you can count. In fact, a new Tesco supermarket opening in the city actually sparked riots!

Bristol is also highly-regarded in the world of business, ranking as the best UK city outside of London for young entrepreneurs. So, whether you’re arranging a conference or an exhibition, Bristol has all the ingredients you need for a great turnout and an outstanding event.

Bristol at a glance

Climate: Located in the south of the UK, Bristol is classed as being warm and temperate but has a significant amount of rainfall.

Fun fact:  Bristol has its very own currency, the Bristol Pound! It was launched in 2009 as a way to encourage local trade. Don’t worry though - you’ll be hard pressed to find somewhere that won’t accept British pounds too.

Things to do in Bristol

There’s no shortage of things to do in Bristol, from exploring the natural beauty in and around the city to experiencing the highs of Bristol’s nightlife. Host your event here and it’s certainly something your attendees will want to make a trip out of! Here are a few of our top picks.

1. Walk along the Clifton Suspension Bridge

This 702-foot bridge was designed by the famous engineer I.K. Brunel. A symbol of the city of Bristol,  it spans a jaw-dropping 260-foot-deep gorge over the Avon River. It’s a spectacular site from every angle, but consider viewing it from down in the Cumberland Basin or up in the Clifton Observatory for maximum impact.

The Old City is the medieval heart of Bristol. From cobbled streets lining the river to the grand, elegant buildings of Corn Street, there’s no shortage of history to take your breath away. Our favourites are the old pubs that were once the old haunting places of sailors and pirates!

Bristol is where Banksy hails from. And taking to the streets to hunt down some of his famous and lesser-known works is a must for any art-lover visiting the city. Join a street art walking tour or go self-guided. Either way, you’re sure to get your fill of street art. And who knows, you might even spot a new Banksy piece!

4. Take the ferry to Bristol Harbour

The old Port of Bristol on the River Avon, also known as the Floating Harbour, has stood since the 13th Century. Now, it’s been transformed into a cultural hub, packed with museums, galleries and exhibitions. Getting the ferry there is a fun way to travel and check out the city’s waterfront.

Bristol’s number one tourist attraction, the SS Great Britain is another of Brunel’s feats of engineering. In 1845, it became the first iron steamer to cross the Atlantic, in just 14 days. It was also the longest passenger ship in the world from 1845 to 1854.

Clifton Village is a village-like area of Bristol filled with elegant Georgian architecture and some wonderful little shops and cafes. Make sure to check out the grand Royal York Crescent while you’re there, as well as the cute and colourful Clifton Wood!

7. Listen to some live music

Bristol has a huge and eclectic music scene - from large concert venues like Colston Hall and the O2 Academy (which is also available for private hire), to legendary indie venues like The Fleece, The Exchange and Fiddlers. But that’s not all. If you’re searching for something a bit more organic, look out for live music nights in tons of Bristol’s pubs and bars. A couple to keep an eye on are No.1 Harbourside and The Old Market Assembly.

This 105-foot tower was built in 1897 and sits in the beautiful Brandon Hill Park. Cabot Tower is free to climb and offers amazing views across the city - from Clifton to the harbour and beyond!

St Nicholas Markets, also known as St Nicks Market, is home to Bristol’s largest collection of independent retailers. It’s been running since 1743 and was even named Britain’s best large indoor market in 2016. Browse the independent market stalls or grab yourself a bite to eat at one of the many food stands offering everything from Japanese to Indian.

Bristol is the UK’s first Cycling City and is fast becoming one of Europe’s most bike-friendly destinations. With tons of country trails and cycle routes all over the city, cycling is a great way to take in the city. You can even book an organised tour or hire a tandem for the occasion!

How to get there

Whether your delegates are travelling by air, rail or road, Bristol is one of the easiest cities to get to in the UK. Direct trains to London Paddington take just 1 hour and 45 minutes on average, while Bristol Airport offers flights to over 125 destinations around the world.

Fans of both history and luxury will love the newly-renovated Avon Gorge Hotel. Located in Clifton, it boasts panoramic views of the Clifton Suspension Bridge and Avon Gorge. Plus, it features a host of unique historical features, from steam room pumps for the old spa to a marble staircase and stained glass windows.

But this beautiful hotel isn’t just great for leisure guests. It has brand new meeting, event and private dining suites in the former spa pump rooms, making it an ideal location for your delegates too.

Alternatively, if you're after something a little quirkier, we're big fans of Brooks Guesthouse. With vintage caravans located on the roof, it's a great alternative to a traditional hotel room for those looking for a bit of adventure!

Our pick of the best venues

So, we take it you’re now desperate to host your next event in Bristol. But what event types is it best for? Here, we’ll take a look at the types of events you might want to host here, and some of our favourite venues in the city.

There are plenty of conference venues in Bristol - both big and small, quirky and traditional. For those large-scale conferences, check out Ashton Gate Stadium, which can accommodate up to 1,200 people. Or, if you’re looking for somewhere a little more quirky, consider The Clifton Pavilion at Bristol Zoo, where your delegates can gaze out at the flamingos between sessions!

When it comes to exhibitions and product launches, there are tons of striking spaces available in Bristol. The Passenger Shed at Brunels is a Grade I listed Victorian building that’s part of the oldest train station in the world. Alternatively, if it’s something edgy you’re after, check out The Loco Klub. This underground arts venue regularly hosts events from circus performances to opera to techno nights.

Whether you’re after a private dining venue in Bristol or somewhere to hold a gala dinner, you won’t be short of options. At Bristol Aquarium, you can explore the nighttime underwater word before digging into dinner, whereas at Glassboat Restaurant, you can bob along on top of the water instead! Or, if it’s a bit of grandeur you’re after, check out the glass vaulted ceilings, romantic balconies and glittering chandeliers of Bristol Museum & Art Gallery.

If you’re on the hunt for a venue fit for a film screening or presentation, there's a heap of brilliant options in Bristol. One of our favourites has to be 20th Century Flicks - the longest-running video shop in the world that’s also home to two small cinemas. Alternatively, there’s the renowned Everyman Bristol with three screening rooms ranging in capacity from 85 to 243 people. Or, if you’re after a glitzier affair, we love the Grade II listed Royal West of England Academy art gallery, which hosts screenings on its historic landing and balcony.

Bristol is an old city with a young spirit. You can’t turn a corner without bumping into a Banksy stencilled on the side of a converted Victorian factory. The venues reflect this spirit. With loads of quirky options for a party to remember alongside state of the art modern conference facilities, whatever you’re looking for, you’ll find it in Bristol. - Jake Bolton, Venue Community Associate, Hire Space

Ready to host your event in Bristol? Our venue experts will help you find the perfect venue - just get in touch. 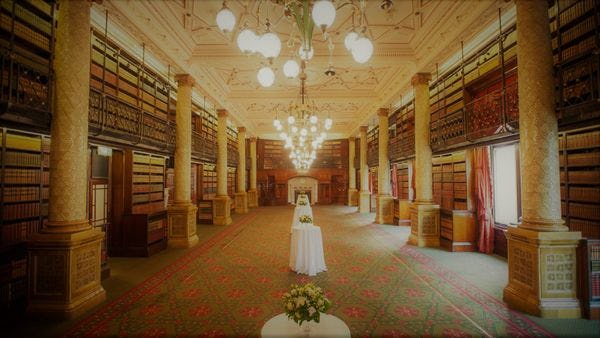 A bit of character goes a long way. And if it’s character you’re after, you can’t get much better than the Royal Horseguard’s Hotel and One Whitehall Place. We’re talking Grade I listed architecture, 5-star service and unbeatable views of the Thames. 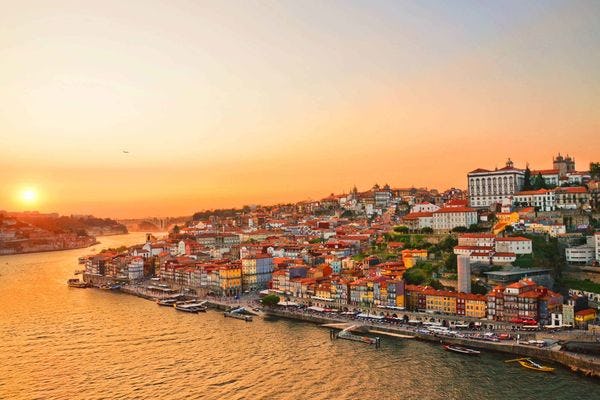 This month's International Destination of The Month is the dreamy picture-perfect coastal city of Porto.