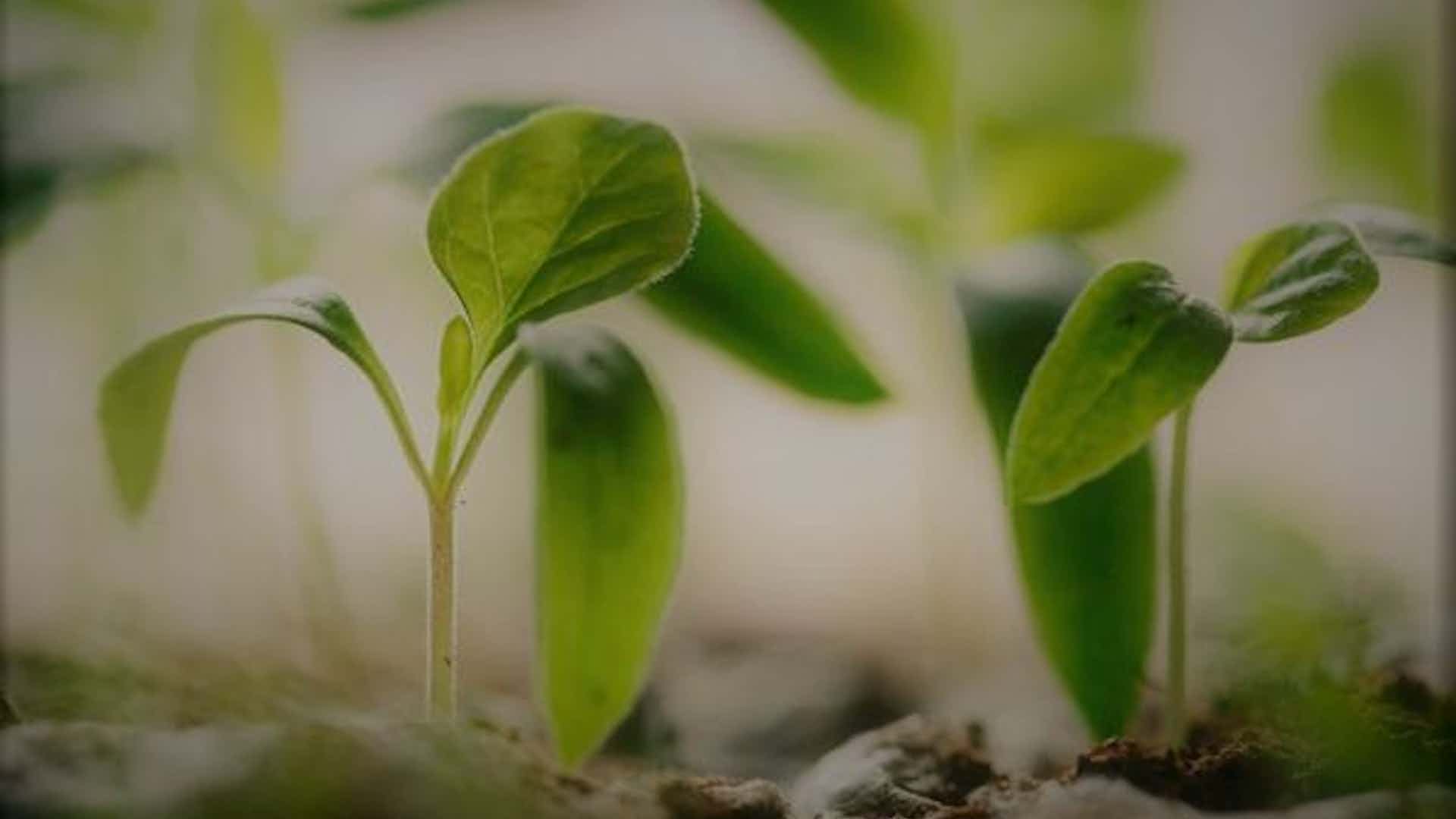 On the 24th November, we welcomed over 450 eventprofs to EventLAB 2021, both in-person at Central Hall Westminster and online.

In the afternoon, we were treated to a talk by Mark Bannister, who was the Technical and Operations Director for COP26 - arguably the most important meeting in human history, which also ran carbon-neutral. In this session, Mark walked us through the process of creating this carbon-neutral event, from the challenges to the unique opportunities.

Watch the full session below and read on for the key takeaways.

COP stands for Conference of the Parties. It's the United Nations Climate Change Conference and is essentially the foremost gathering of climate change experts, world leaders, influencers and non-governmental groups, who all come together to negotiate and agree a way forwards in terms of what to do about climate change and the state of our planet.

COP26 took place at the SEC in Glasgow, from the 31st of October to the 13th of November 2021. It was the largest event Her Majesty's Government has ever hosted in the UK, with tens of thousands of participants. It was also the most sustainable COP that there has been to date, as well as the first to incorporate virtual participation.

However, the team had only six months to deliver the project from start to finish!

As an event about sustainability, it was crucial that COP26 was as sustainable as possible. Part of this included becoming net zero.

To claim to be net zero, an organisation has to:

The guiding principles of the event

Being sustainable isn't just about becoming net zero. COP26 was tasked with achieving ISO 20121 accreditation (which they succeeded in obtaining!). To help achieve that, the government and UN set seven guiding principles. Mark and his team had to:

Achieving the guiding principles in practice

To achieve the seven guiding principles they were set, Mark and his team focused on 4 key areas.

Due to working within a circular economy, incorporating creatively bold elements into the production design was a challenge. After all, Mark and his team needed to use things that suppliers already had as much as possible.

The challenge was to find a sustainable creativity, which involved working with suppliers from the outset to figure out how they could make the use of what they already had to dress the spaces, and how they could be creative within those guidelines.

What can you do?

Although most of us probably don't have the budget or resources that COP26 did, there are things that we can all do as event organisers to increase the sustainability of our events and reduce the impact they have on our planet. Mark recommends considering:

MARK: On paper! We had badge bins to collect all of the used badges at the end of the day so that they could go back and be repurposed. I was hoping to have a quality badge I could hang on my wall as a momento, but mine's already falling apart! With regards to lanyards, these were unbranded, provided by the UN out of their stock.

You talk a lot about improvement. Did you have targeted reductions or was it about taking those measurements in the first place for this year?

MARK: This year our task was to set the KPIs for future COPs. This was my first COP, so I don't know the targets that were set before but there certainly hadn't been any measuring done on previous COPs. That was part of the brief at pitch level, to be able to accurately measure and set these new standards. And that's what we've done, so part of our legacy will be to hand onto COP27 a whole set of targets that they then need to hopefully exceed and beat us at.

In terms of cost, how does that compare to how it would have been run in a previous year?

MARK: I don't really know enough about the cost of previous COPs in order to be able to comment, but I do know that there was a cost implication for the initiatives that we undertook. For example, HVO fuel for the trucks was marginally more expensive than using standard diesel. However, we were able to offset that cost increase by working with the supplier to plan the trucking route better. That meant we could use fewer trucks overall and save money that way.

With materials for packaging, there was no increase that was identifiable. There was some grumbling from suppliers being forced to move away from their traditional way of packaging and sending equipment to site, but hopefully these are new ways of working that they'll adopt and carry forwards. They might well save suppliers money and will certainly be greener.

That overall ethos of reduce helped us to offset areas that were more expensive. For example, installing mains power for the temporary structures isn't something I think you would do for anything that wasn't the size of COP, and it did come with a price tag. But the saving we made by reducing the amount of building and install elsewhere across the site really helped to balance and offset that.

How much of what you learned delivering COP do you think will filter through to the wider events industry to become good practice legislation in 5 or 10 years time?

MARK: I hope a lot! We've put a lot of time and effort into working with the suppliers and helping to educate them as well as our teams (I certainly wasn't a sustainability expert at the start of this job!).

We encouraged our suppliers to appoint sustainability champions within their companies, with the specific aim of not letting the learnings and the value of that training go to waste after the event. Our hope is that those champions within each of the suppliers involved will continue to push their individual organisations to work better and improve their approach to sustainability.

This event was a huge meeting of industry professionals. There were a lot of freelancers who will now go to work on other events, having seen first-hand how effective these policies and ways of working can be. I really hope that that will filter out to the wider world and specifically our industry too.

Can you talk more about food waste and plant-based menus? And was there any offsetting against leaders travelling in private jets to the conference?

MARK: These were unfortunately all three things that were beyond our remit.

We weren't tasked with responsibility for the catering. However, I know from reading about it in the press during the event that it was quite a hot topic! So, I know that from a sustainability point of view, the ingredients were sourced locally and I think the target was 60% of the menu to be plant-based.

I think that was a real success story. All of the menus actually specified the carbon value of each of the dishes that were provided. That allowed delegates to make an informed choice over what they were eating. I quite liked that as a tactic to be able to offer a variety but actually give the information to the delegates to make their own decision because it should be as much about individual choice as it is about what's forced upon us.

With regards to the world leaders in private jets, that was certainly being captured and counted in terms of carbon footprint, and so will be offset in the final calculation. Again, short of blockading the airports, there wouldn't have been too much that we could have done about that, as it just wasn't part of our remit.

What was your biggest learning from the COP26 event?

MARK: It's still not over! The team is still onsite for another few weeks and I'm not sure I've had that chance yet to step back and really consider that. One of the things I learned was not to try and do 12 months work in the space of six. I'd take that one forward!

One of the founding members of the UK chapter of ILEA in 1998, Mark has over 20 years of experience in the events industry. Working both supplier and agency side has given him a well-rounded experience with roles for the likes of Thorns furniture hire, Create caterers, and ExCeL London. Mark’s agency experience includes 7 years at Imagination as Senior Production Manager and Head of Technical Production for George P Johnson, and has lead the production and execution for a range of international events. Most recently, Mark has led the execution of COP26, as Technical and Operations Director.

While there's no quick and easy fix to the climate crisis, hopefully this case study shows that if we put our minds to it, we can each achieve a lot more than what we might imagine. And of course, the more that we each prioritise sustainability in events, the easier it will be to achieve, as finding sustainable suppliers, venues, caterers and more becomes the norm.

In the meantime, why not check out the rest of the EventLAB 2021 session writeups on the Hire Space blog? Or, if you need help hosting a sustainable event of your own, feel free to get in touch. Our event experts will be happy to help. 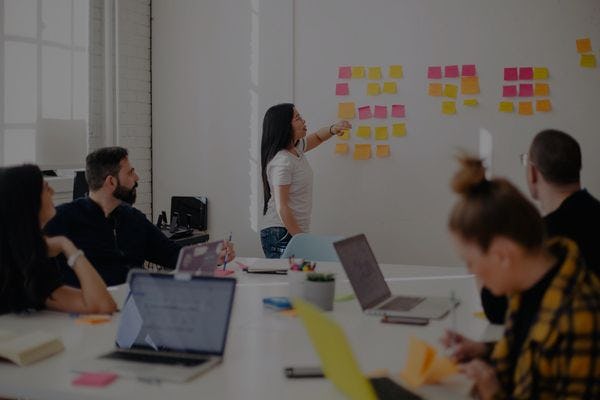 With workplace wellbeing high on the agenda after the past 2 years, it's a pivotal time in the industry. Check out this session on addressing workplace ethics, and bringing new D&I initiatives into the industry. 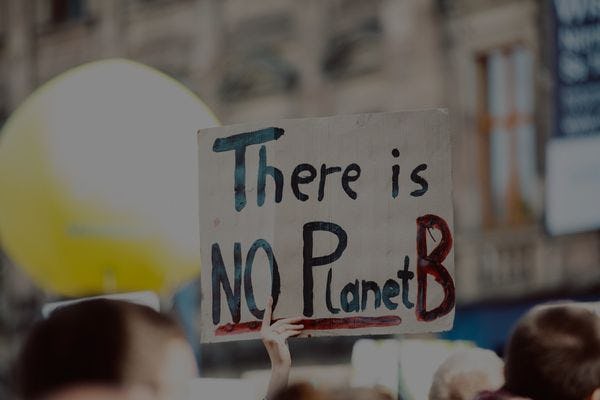 This panel, on the impact of code red on the events sector, delved into the challenges and opportunities faced by the sector, and provided some key starting points for attendees to make shifts in their own lives and work.