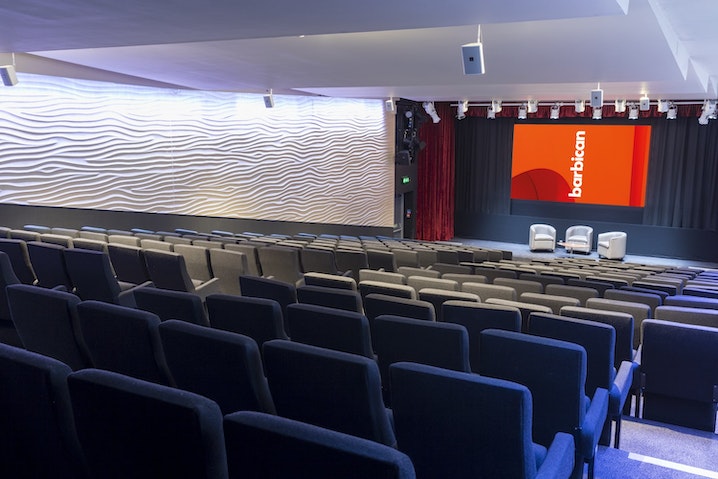 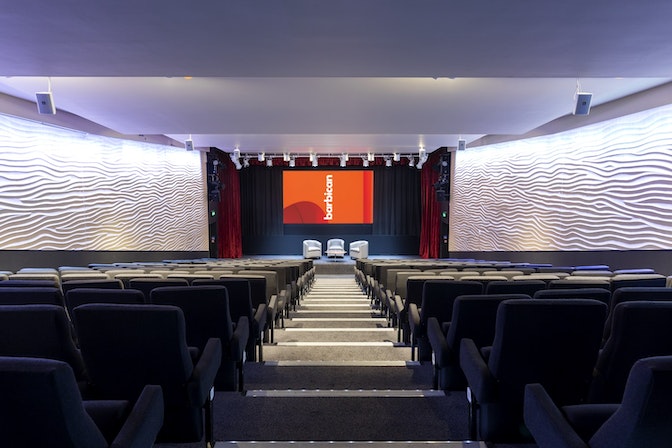 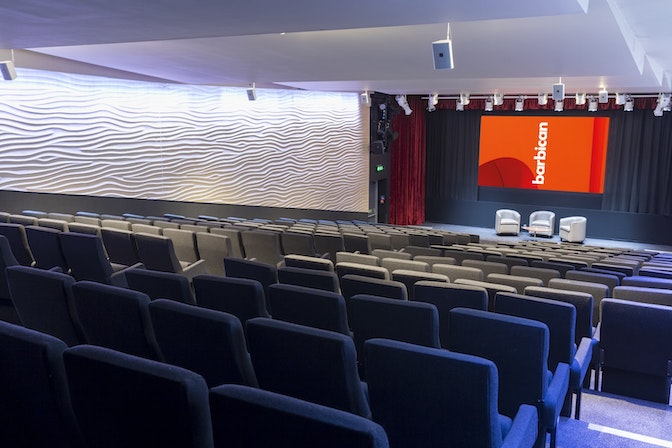 Frobisher Auditorium 1 benefits from 4 simultaneous translation booths and includes the service of a dedicated technician. There is also fully-integrated stage lighting and two sound rigs which can be adapted to the individual needs of the client. There is on-site technical support with the ability to stage video conferences and satellite links. This auditorium has the facilities to deal with any need that arises during a video screening. Frobisher Auditorium 1 is located adjacent from Frobisher Rooms ensuring both syndicate and catering rooms are just a short walk away.

The Barbican Centre was developed in the Brutalist style of architecture, like the infamous National Theatre. It is a performing arts centre, the largest of its kind in Europe. The Barbican Centre was built after Barbican Estate which is a housing complex situated in an area that was bombed heavily in WWII. The centre holds theatre performances, film screenings, music concerts, and art exhibitions. As well as being a world class arts venue, the Barbican Centre also boasts one it's very own tropical Conservatory, which is one of the most unusual venues in London for weddings.

Looking for more in London