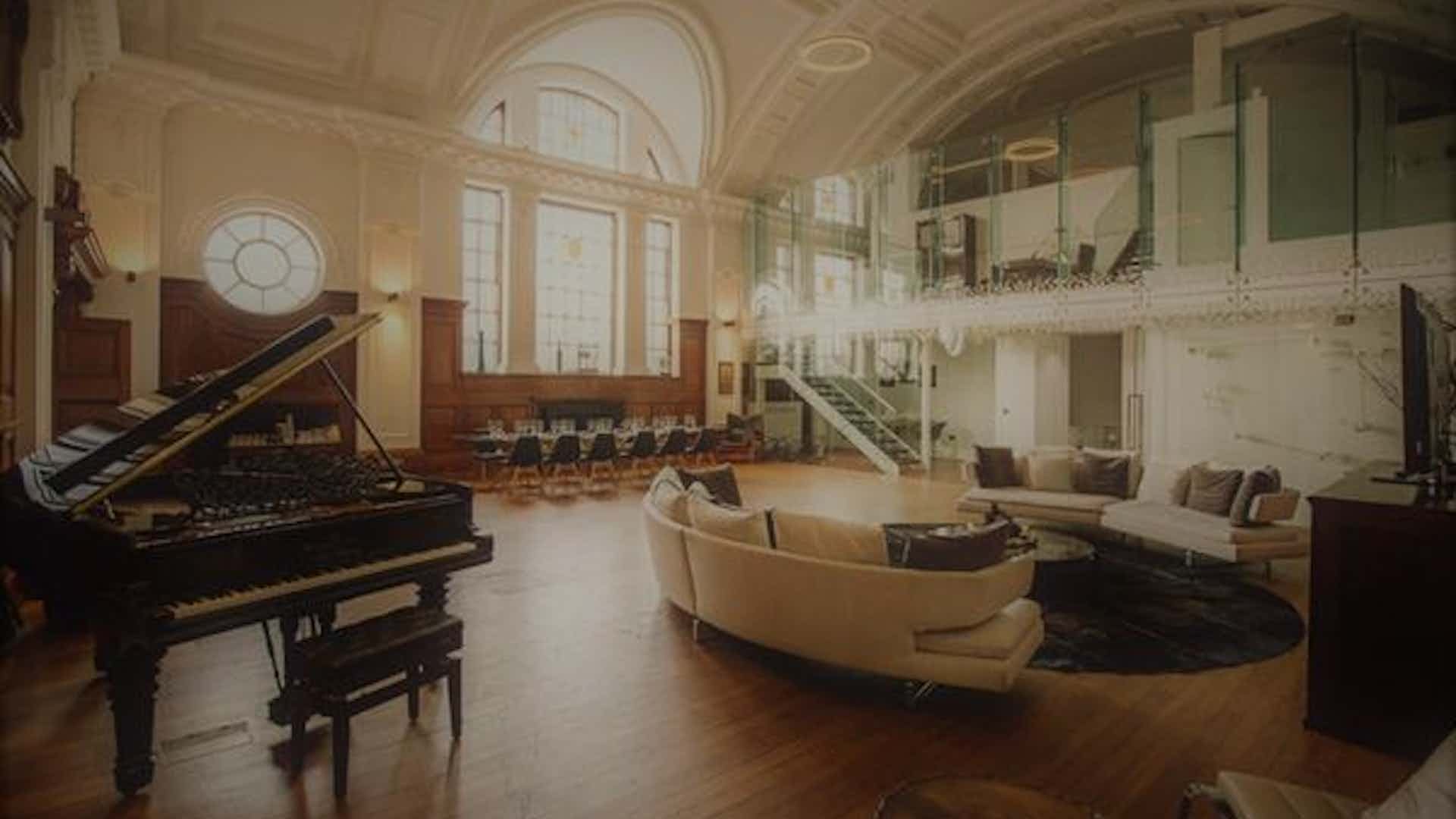 The Essence of East London at Town Hall Hotel

On entering Town Hall Hotel, you'll immediately be struck by the compatible marriage of Edwardian and Art-Deco styles – a result of its original establishment as a town hall in 1910 and its further development in the 1930s. You may catch a glimpse of the resident pets, a rescue greyhound named Dizzy and a cat called Cheeseburger. You'll see the bric-à-brac of quirky furnishings in the foyer: the Union-Jack-printed chair and the antique chess board, to name just a couple.

In other words, it's instantly a memorable – and highly photogenic – venue. The converted Bethnal Green Town Hall still retains its East-London charm while oozing sophistication and modern architecture, which is part of the reason why it's been the location for multiple movie shoots, including the East-End classics, Snatch and Lock, Stock and Two Smoking Barrels. Recently, Matt LeBlanc was on location for the filming of a Top Gear episode. And the hotel's also been the backdrop for shoots for Esquire, Elle and other iconic magazines. 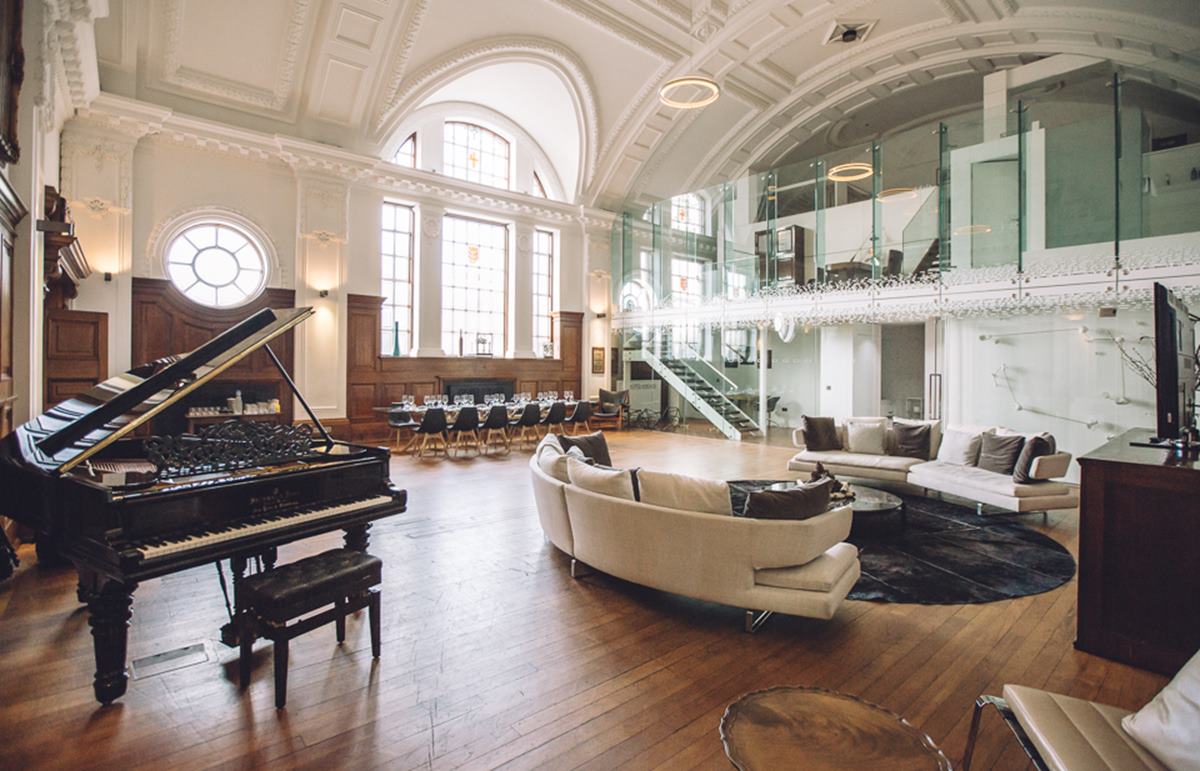 Event planners can follow in the footsteps of Guy Ritchie and...Joey Tribbiani by hosting their functions at the hotel, thanks to the wealth of spaces available for all kinds of events. The elegant De Montfort Suite is certainly the centrepiece space of the venue, blending a refined modernity with classical stained-glass windows and original art by Henry Poole. It's ideal for corporate meals, meetings and seminars, with boardroom setups possible in front of the HD screen and alongside state-of-the-art AV facilities. The on-site kitchen allows for pleasurable business lunches and dinners. 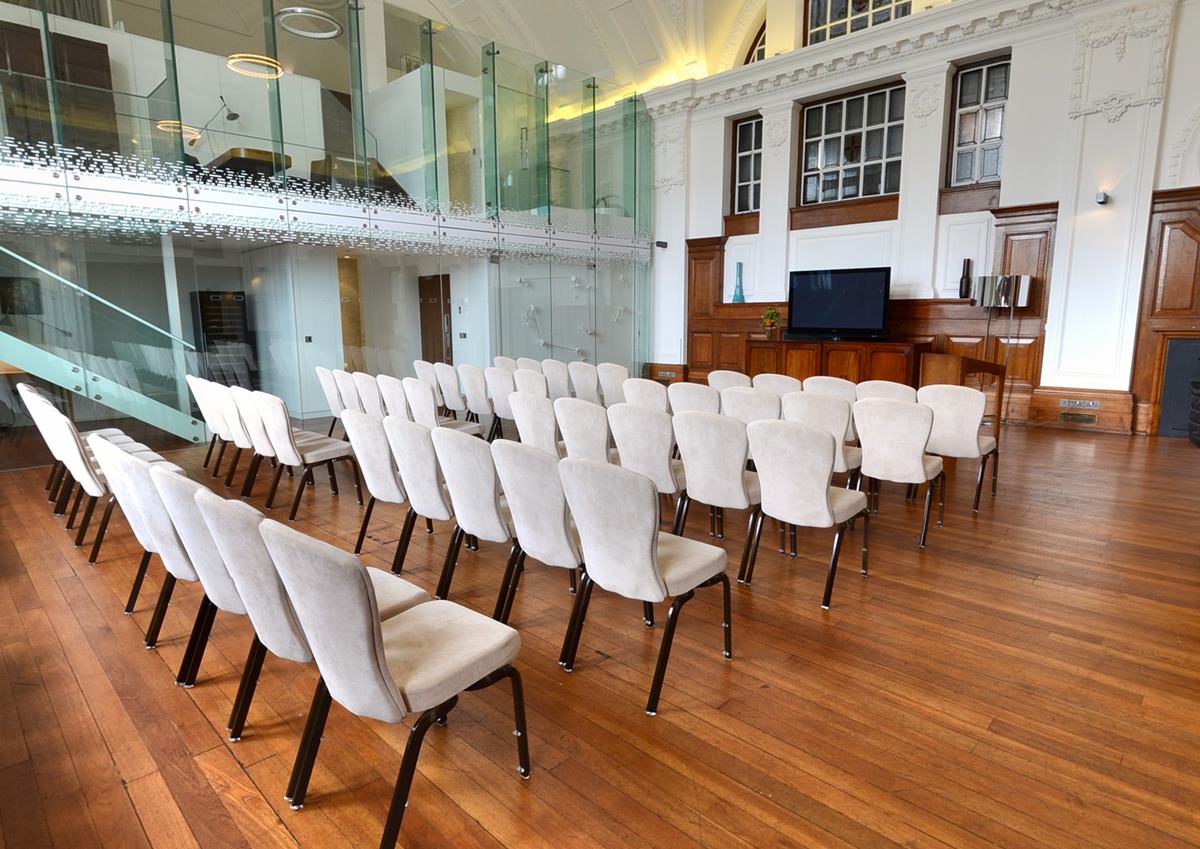 The suite is also a hugely popular choice for weddings and Christmas parties, and it's immediately understandable why once you've viewed the architecturally astounding space. It's a triple-level room with a beautiful function space on the ground floor, complete with grand piano, plush couches, polished wood floors and reams of natural daylight. Upstairs, you'll find a tucked-away bedroom, office space and bathrooms, meaning recently wedded couples can just retire upstairs to their abode after saying goodbye to their guests downstairs. 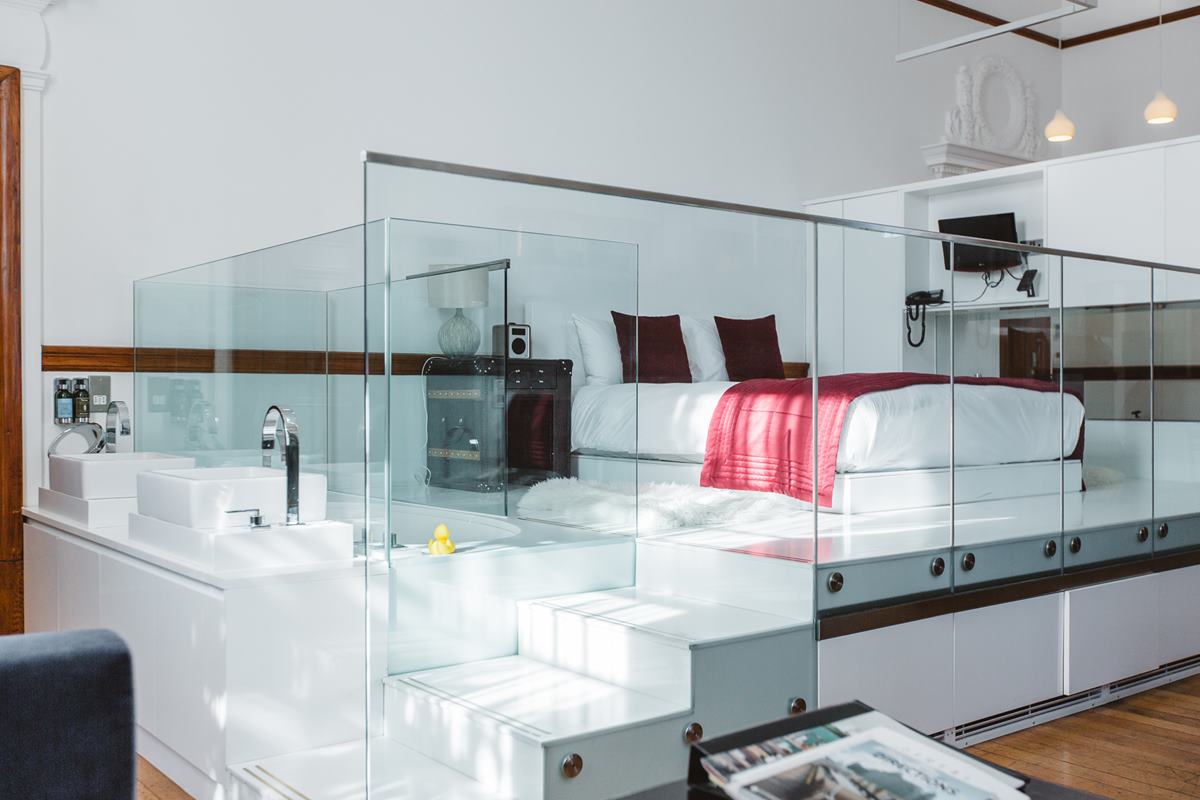 And as for these guests: they'll be spoiled by the room choices if they elect to stay the night after festivities. The rooms are really more akin to apartments, offering one or two bedrooms, huge modern bathrooms with walk-in showers, living areas and kitchens (and you may even find a complimentary bottle of tipple or two on the counter when you check in). 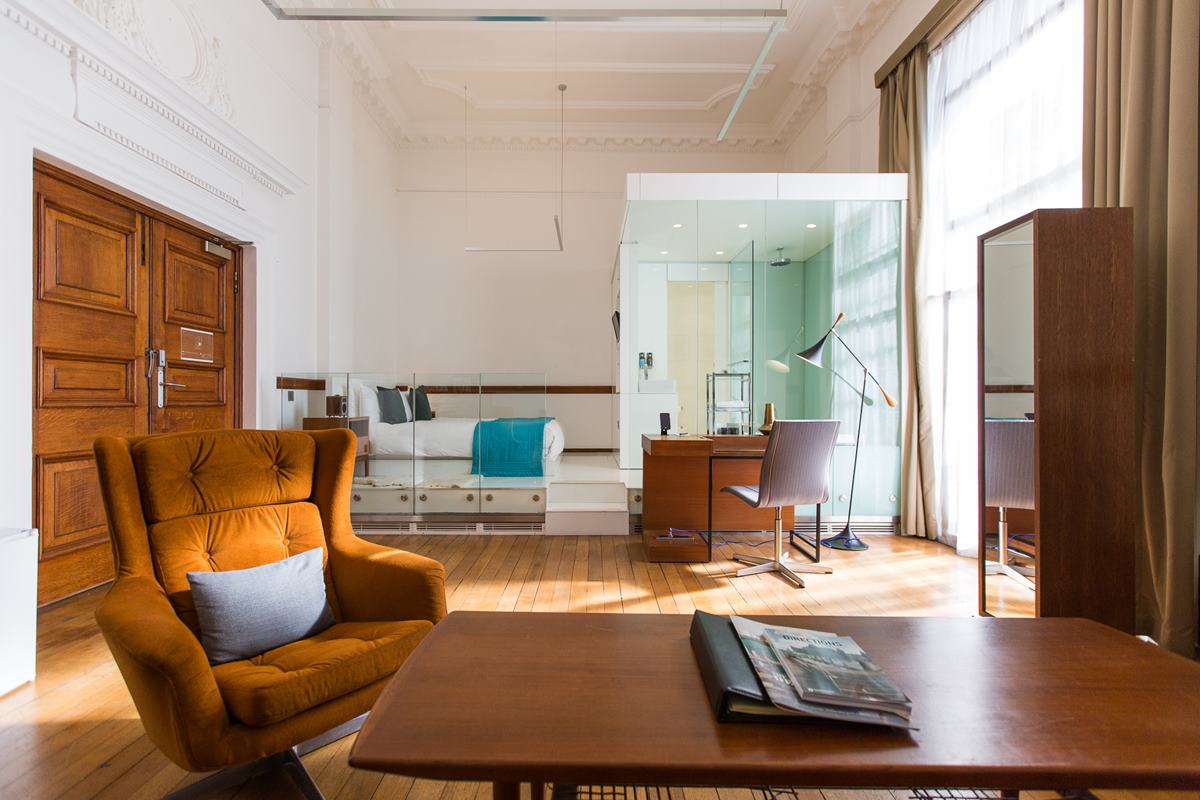 There are, of course, alternative spaces that are just as accommodating. The extensive Bethnal Hall is a more traditional choice, which can hold up to 140 seated guests but which can be partitioned up into segments, allowing for smaller or separate events to take place simultaneously. The charming 1930s features are warming and luxurious, meaning this room is another popular one for photo and film shoots. 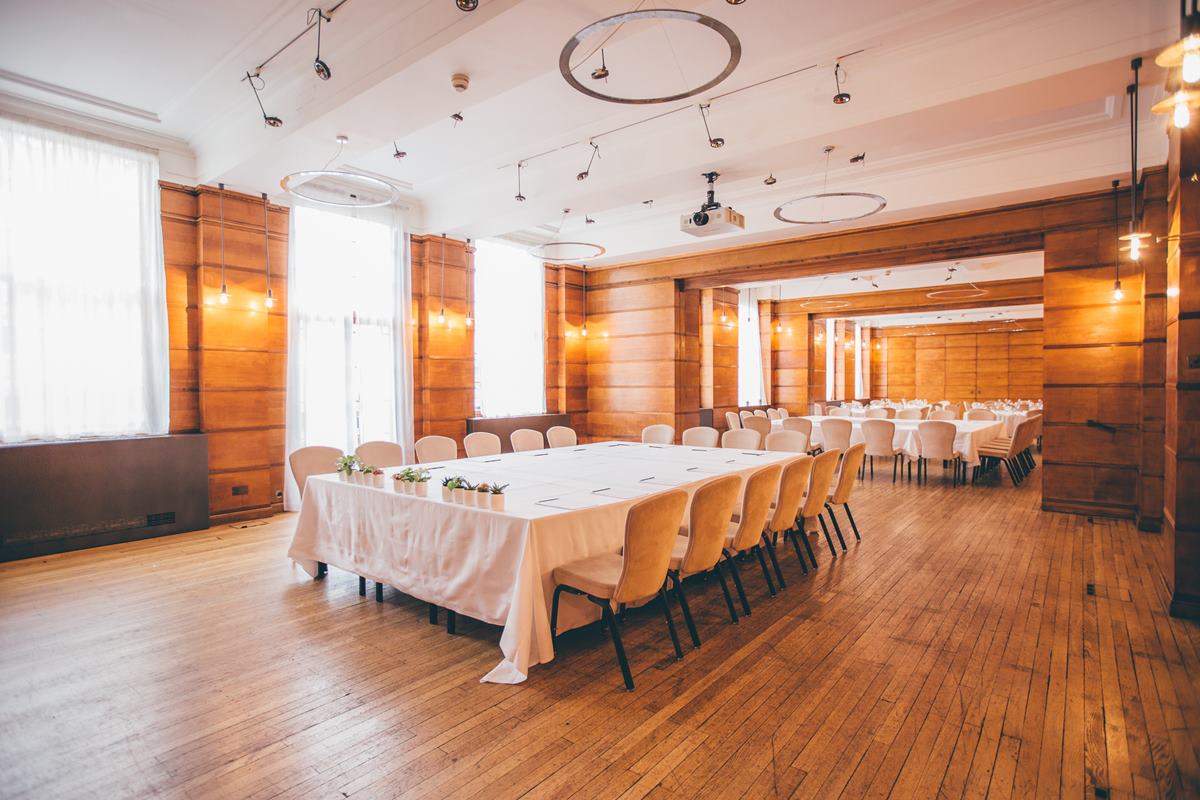 Food and drink can keep flowing in various forms – and it's worth mentioning that the professional mixologists at the hotel are adept at forming cocktails to rival the very best. On the current menu, cocktails are named after famous chefs and contain one defining ingredient each: take, for example, the Jamie Oliver with sweet potato, or the Heston Blumenthal with jam tart. Intriguing, to say the least. 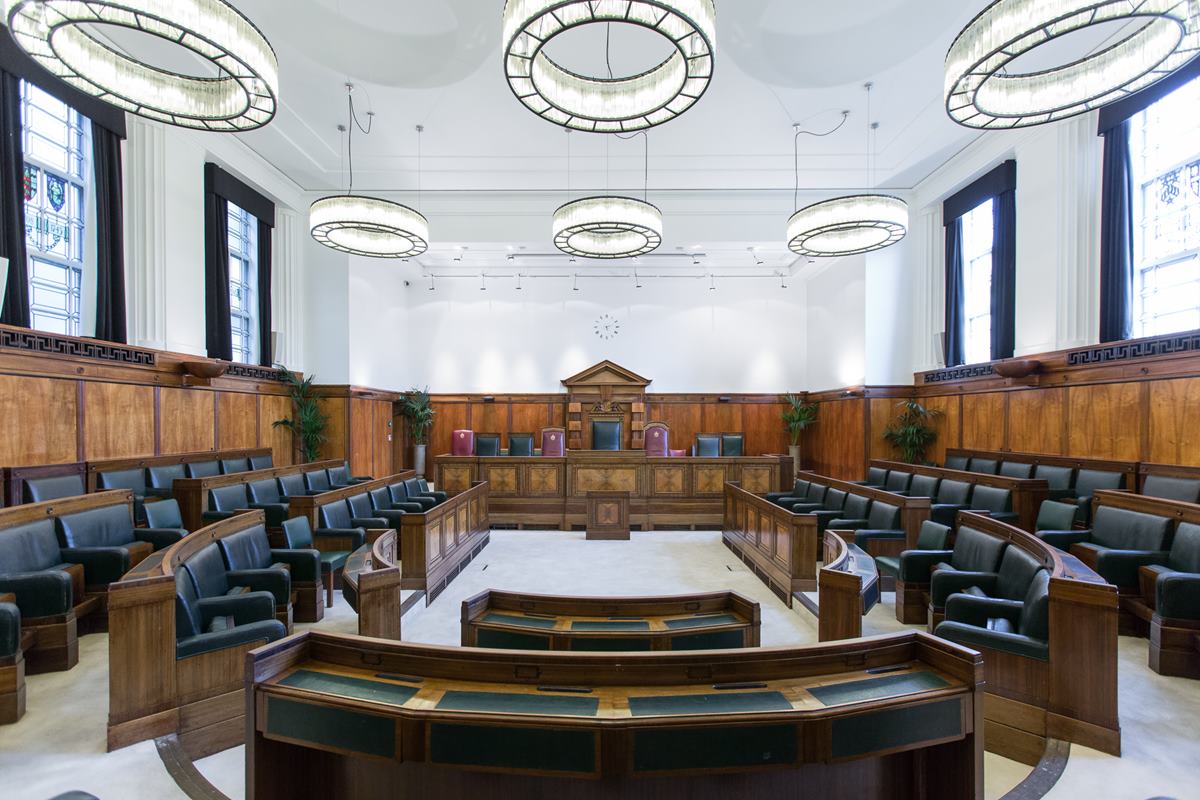 Another popular historical space is the Council Chamber, which presumably played a vital role during the town hall days. It's now perfect for lectures and conferences as well as film screenings and presentations. It's therefore an ideal space to combine with another, for a conference-and-reception-type affair.

And, hey, you might even bump into Dizzy the greyhound again, this time leading the lecture. 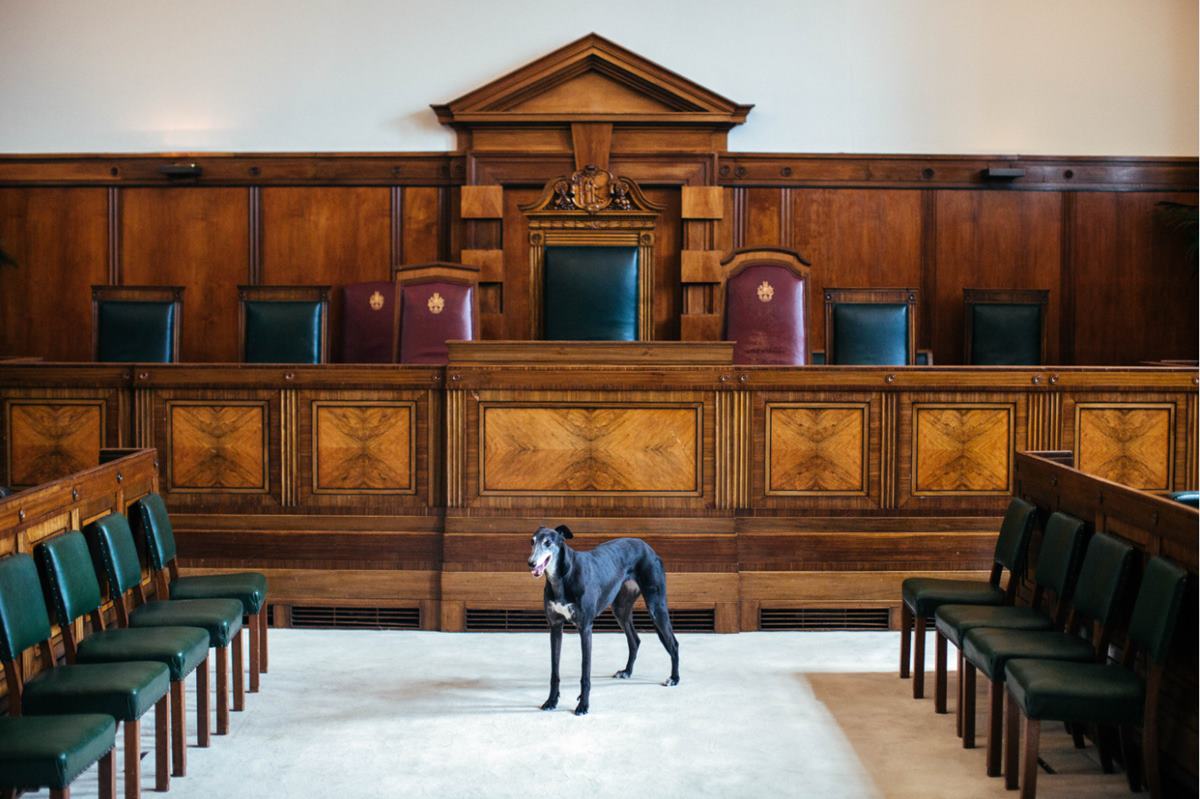 Find out more about Town Hall Hotel and make an enquiry for your next event here. 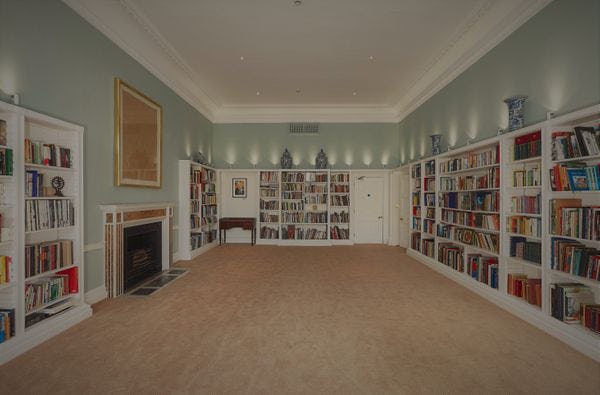 Retaining strong ties between Europe and Asia is the focus at Asia House [https://hirespace.com/Venues/London/1218/Asia-House], which is the leading pan-Asian organisation in the UK. On all matters economic 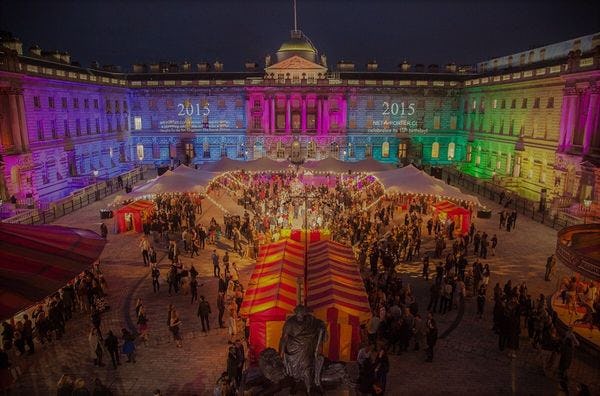