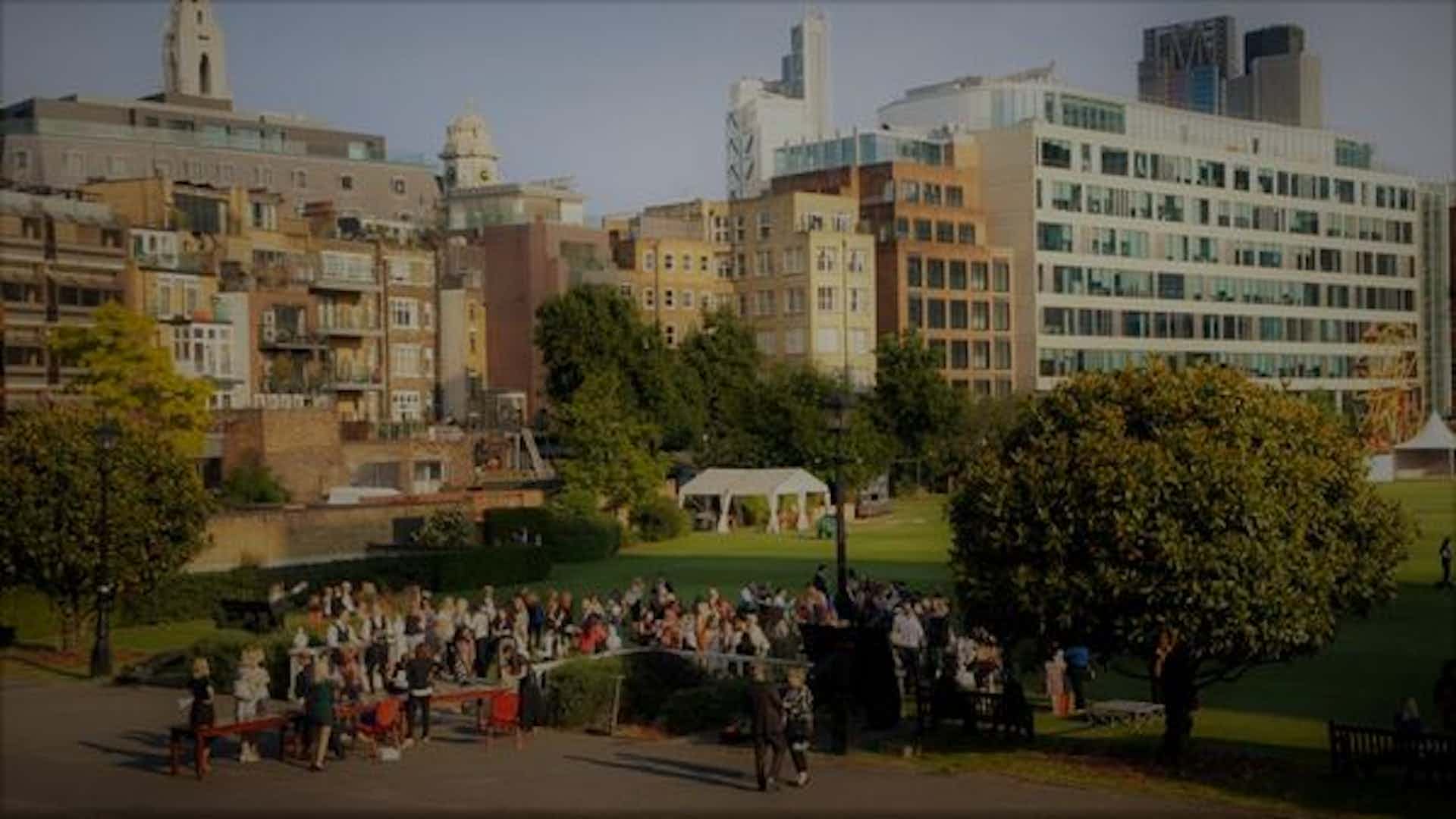 6 Reasons to Host Your Summer Party at The HAC

The daffodils are springing up and leaves are budding on the trees, which can only mean one thing. It’s time to plan this year’s ultimate summer party!

If you’re on the hunt for a standout party venue for your celebrations, look no further. We’ve got the perfect venue for you – The HAC (Honourable Artillery Company), with its acres of pristine lawns right in the centre of the capital. Here’s why you won’t want to even consider any other venue for your summer party.

Nothing says ‘summer bash’ like a garden party. And when it comes to garden parties in London, The HAC is a cut above the rest – all thanks to its glorious Artillery Garden.

With more than five acres of garden space, the Artillery Garden is the largest garden in the City of London, and one of the largest outdoor party venues in London full stop! We’re talking swathes of pristine green lawns with a stunning city skyline backdrop – providing the perfect sanctuary from the hustle and bustle of the city. Where better to soak up the summer weather while it lasts?! 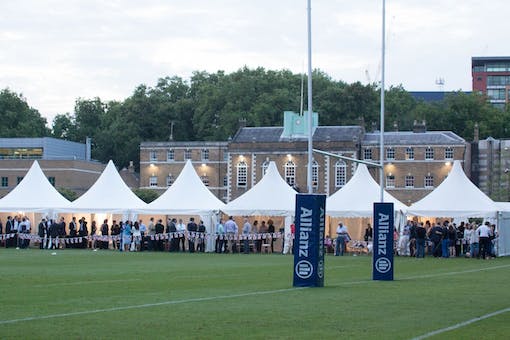 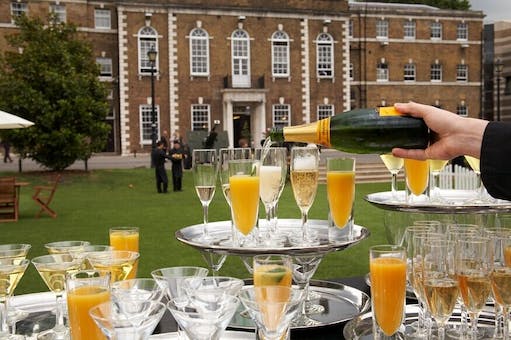 When we think of outdoor spaces in London, we tend to picture rooftop bars or terraces. Gardens in London are pretty few and far between, which is why it’s so impressive that The HAC is located right in the heart of the capital, less than 5 minutes’ walk from Old Street and Moorgate stations. Oh, and it’s only a quick walk to Liverpool Street too!

This means that The HAC is an easy journey for any party guest – whether they’re planning on rolling straight from the boardroom to the bash, or travelling into London especially. Plus, with the trendy joints of Shoreditch on its doorstep, there’s plenty to do for those looking to make a day of it! 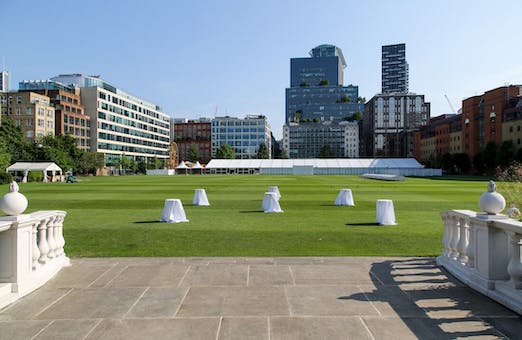 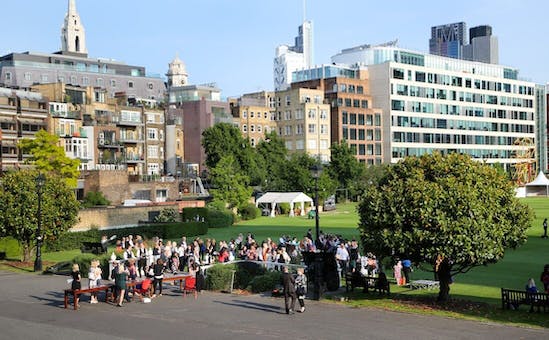 The HAC’s versatile Artillery Garden has previously been transformed into everything from a fairground to a sports ground and wedding venue. It even regularly hosts the London Concours – a display of luxury cars. What we’re trying to say is that no matter what kind of summer party you’re picturing, the Artillery Garden has got you covered – whether you’re planning a classy drinks reception with croquet and canapes or a lively festival with street food and games.

Want to retire to an indoor space after the sun goes down? The HAC has a whole host of spaces that are perfect if you want to turn the music up and dance into the early hours of the morning! We particularly love The Prince Consort Rooms, a bright and modern event space that leads out onto its own summer terrace through a pretty courtyard. 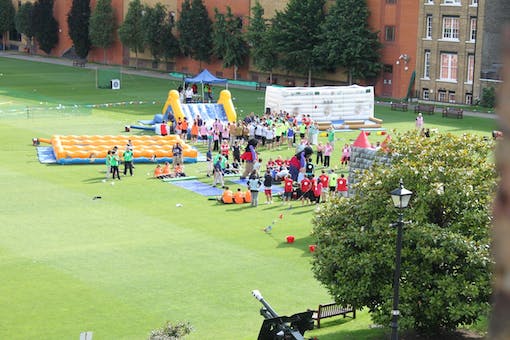 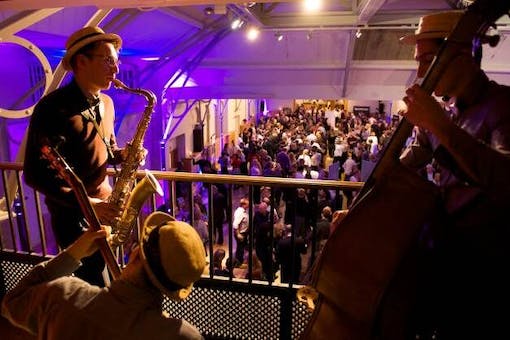 Now, we’ve already briefly mentioned that the Artillery Garden has been used as a sports ground. But did you know that it’s previously hosted Premier League and Championship football teams? That’s right, and its spotless sports pitches have also welcomed Saracens, the All Blacks and Barbarians rugby teams.

As if The HAC wasn’t already ticking every box, just imagine walking in the steps of some of your favourite sporting heroes with the sun on your face and a glass of bubbly in your hand. Now we’re talking! 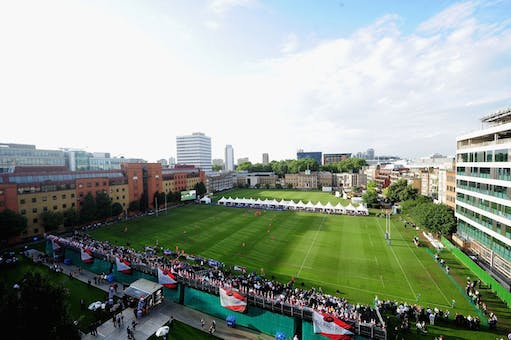 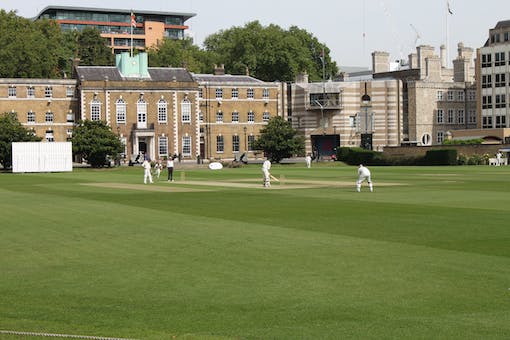 The HAC Estate has a long and rich history as home to the Honourable Artillery Company – the oldest regiment in the British Army!

The estate’s 18th-Century Georgian manor house, Armoury House, is bursting with period features and provides a very special backdrop to any garden party. Plus, the garden itself was once used for military exercises and training. Fun fact: back in the late 1580s, the word ‘artillery’ was used to describe archery and other small weapons. Hence the ‘Artillery’ Garden! 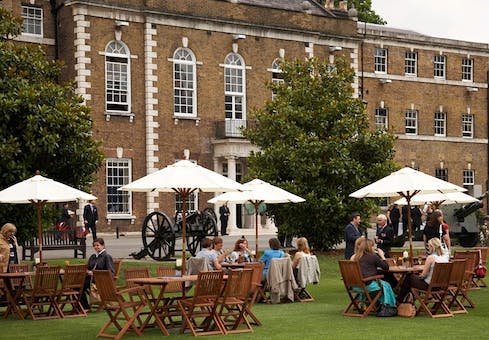 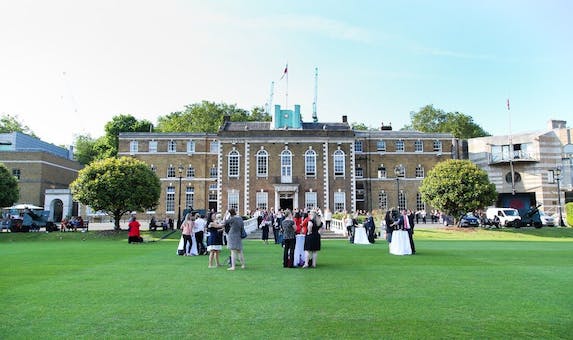 As if we haven’t already given you enough reasons to choose The HAC for your summer party, there’s more! This first-class venue works with one of our favourite caterers, Searcys!

Reinventing classic British dishes for modern events, Searcys have a range of versatile event menus that can take your summer do to the next level – whether you’re after trendy street food or a three-course sit-down meal. Best of all, they only use seasonal, sustainable produce. Our mouths are watering already! 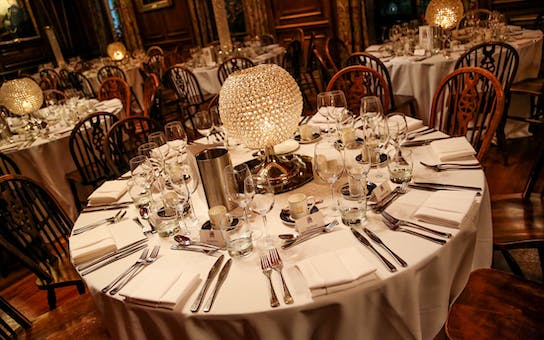 As you can see, we could go on and on about this showstopping outdoor summer party venue. What’s not to like?!

If you’re keen to host your own summer bash at The HAC, just make an enquiry. Or, if you’re still browsing, check out our other top summer party venues. But hurry – summer will be here before you know it! 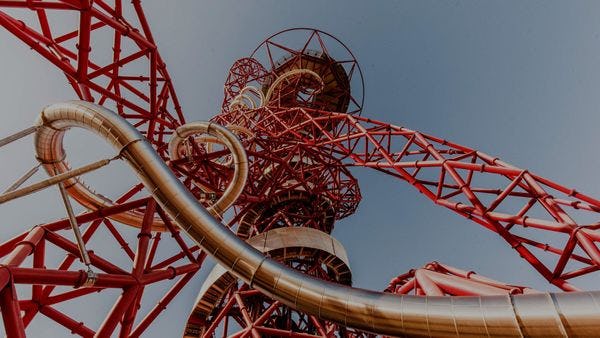 Want to impress your guests with a unique venue? Make your event memorable with these unusual spaces that we bet you didn't know you could hire! 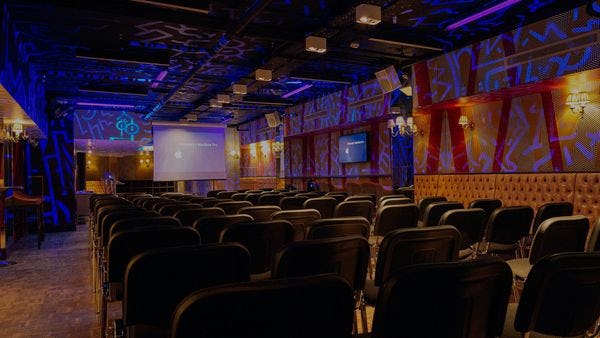 If you're looking to kick dull away days to the kerb, we've got the perfect venues to banish boredom! From sporting socials to competitive clay-shooting, we've rounded up 6 of the best spaces for supercharging teams with unique games and entertainment.