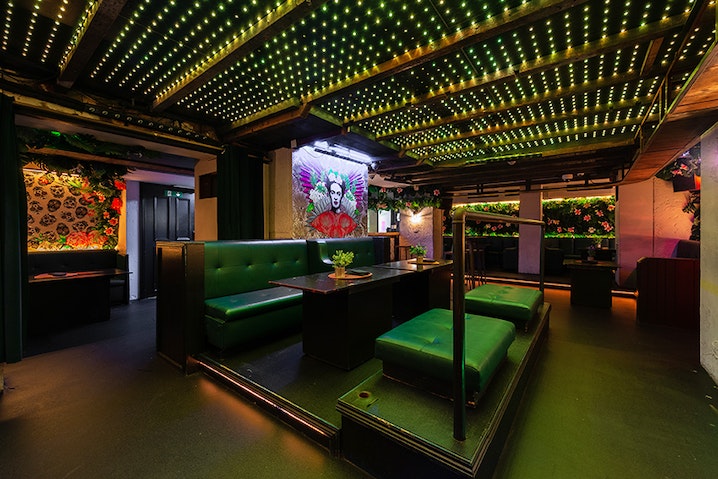 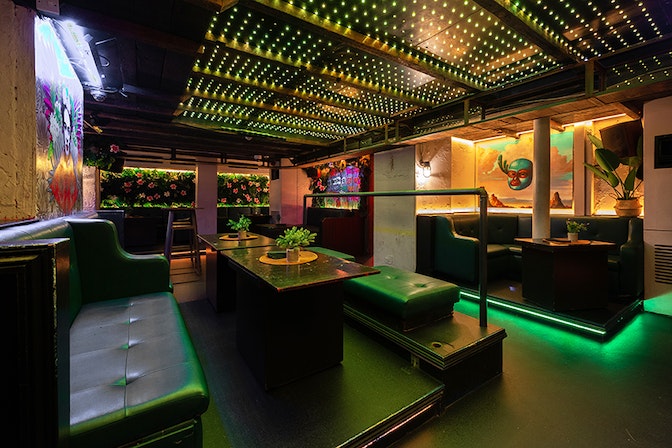 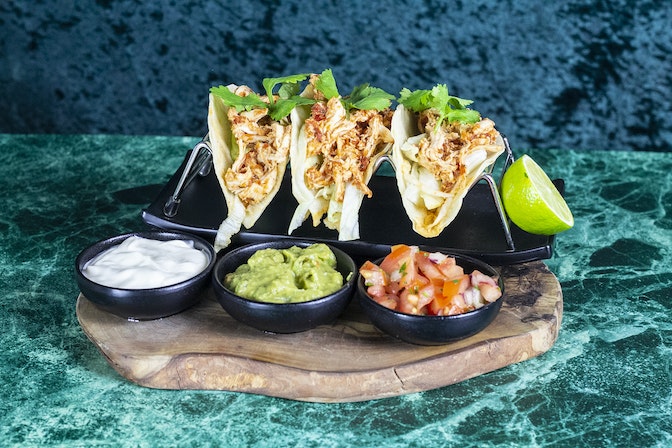 Tonteria provides a Mexican bite menu, with a selection of tacos, quesadillas and nachos and various toppings. For drinks, Tonteria has a bespoke cocktail menu, unique shared cocktails as well as standard mixers, bottle service and other soft drinks.

Tonteria is a nightclub in Sloane Square, London, is set in a Tulum-like atmosphere with cement walls and floral finishings. Tonteria offers a light-bite Mexican food menu alongside cocktails in its earlier hours with both bar and table bottle service in the later hours of the night.

The dining service, called "La Taqueria" runs form 8PM-10:30PM before club hours commence at 11PM, accompanied by live DJ and shows/entertainment in the later hours of the night.